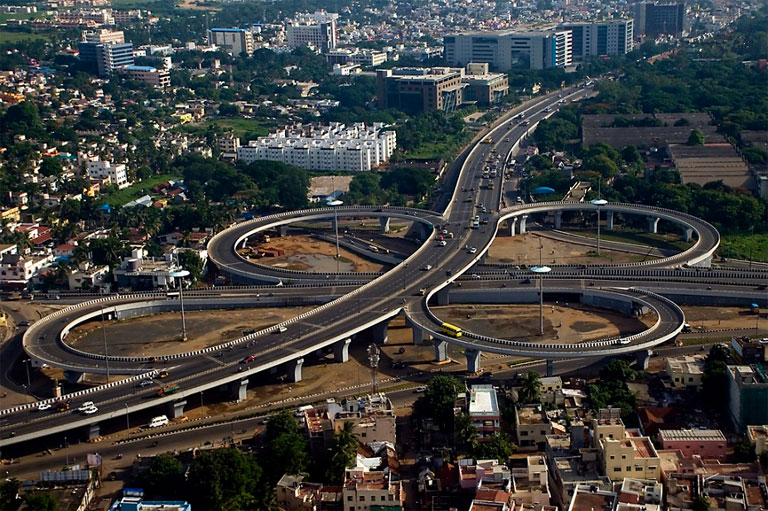 Chennai formerly known as Madras is the capital city of the Indian state of Tamil Nadu. This metropolis is often called the cultural capital of India for its deep-rooted traditions and long heritage. The city is the gateway to the rest of South India. It has the 2nd longest seashore in the world, located on the Coromandel Coast of the Bay of Bengal. With a population of around six million, it is India’s fourth largest city.

The city was established in the 17th century by the British, who developed it into a major urban centre and naval base. By the 20th century, it had become an important administrative centre, as the capital of the Madras Presidency.

From before days of Independence to present, the people of Chennai have played an important role in shaping the country’s political destiny.

Chennai’s economy has a broad industrial base in the automobile, technology, hardware manufacturing, and healthcare industries. The city is India’s second largest exporter of software, information technology (IT) and IT-enabled services (ITeS). A major chunk of India’s automobile manufacturing industry is based in and around the city. Chennai accounts for 60 percent of the country’s automotive exports and is referred to as the Detroit of South Asia.

Chennai hosts a large cultural event, the annual Madras Music Season, which includes performances by hundreds of artists. The city has a vibrant theatre scene and is an important centre for the Bharatanatyam, a classical dance form. The Tamil film industry, known as Kollywood, the second largest movie industry in India, is based in the city.